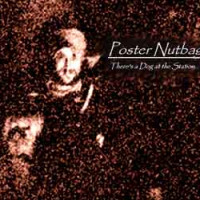 From 1997 - 2001, Leland recorded a number of original songs in his spare bedroom, using cheap instruments, an old drum machine, and a 4-track recorder. He played every instrument and sang every word.

He compiled them under the name "Poster Nutbag - There's a Dog at the Station." You can hear the entire collection here.  Mid-Fi at its finest!

These songs were written over the course of about a decade of Leland's life... from the beginning of high school ('87) through the end of the 90's.  "Nowhere" is the oldest song on this set of tracks; it was written when Leland was 15, in the 10th grade.

A lot of these songs were also a regular part of the repertoire for Leland's band in Flagstaff, AZ in the late-90s, Plum Loco.  One of those songs, "Losin' Time," began its life as a mostly-different song, with music by bandmate Dave Krassner and lyrics co-written by the entire band.  (The version heard here was given new lyrics, based on those original lyrics, with a few lines left intact, and Dave's original chord-progression with an additional part added by Leland.)

This 'album' was never mass-produced. It is available here for you to enjoy.  So ... enjoy!